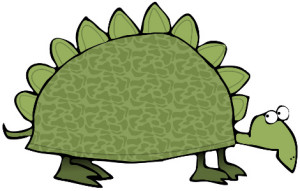 So you think the dinosaurs are dead?
Well it’s time at last the truth were said
It’s time to blow the lies sky high
Reveal the truth – destroy the lie
The adult lie that’s been passed down
Through generation – every nation
Protecting kids so they won’t fear
The fear of knowing they’re still here!

They’re everywhere – they’re all around
Beneath your feet – beneath the ground
When you take a stroll on green hilltops
You’re walking on Triceratops
Mountain ranges, hills and humps
Not gradually evolving lumps
But all our planet’s awesome features
Are tops of giant ancient creatures!

Get the best of planetpoetry© in POETRY TAKEAWAY : A weekly feast of poems now on Amazon :
52 illustrated poems – One for every week of the year (plus bonus!) to inspire you, challenge you, shake you and wake you!